The human digestive system facilitates a dynamic and sophisticated response to food. Critical to digestion are enzymes. Our bodies produce our own enzymes in the salivary glands, stomach, pancreas, and small intestine. Supplemental microbe- and plant-based enzyme formulations are designed to complement our own biology. 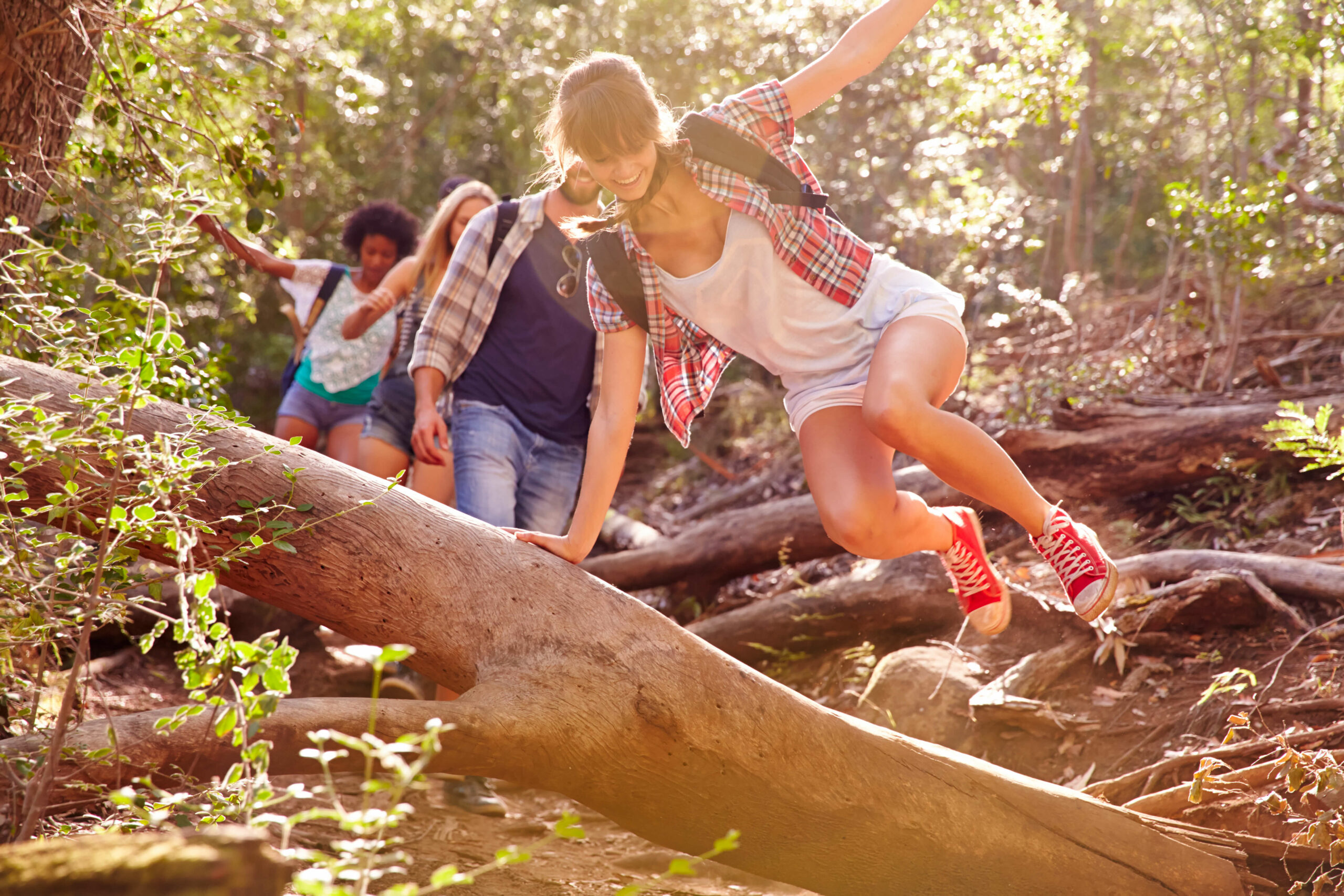 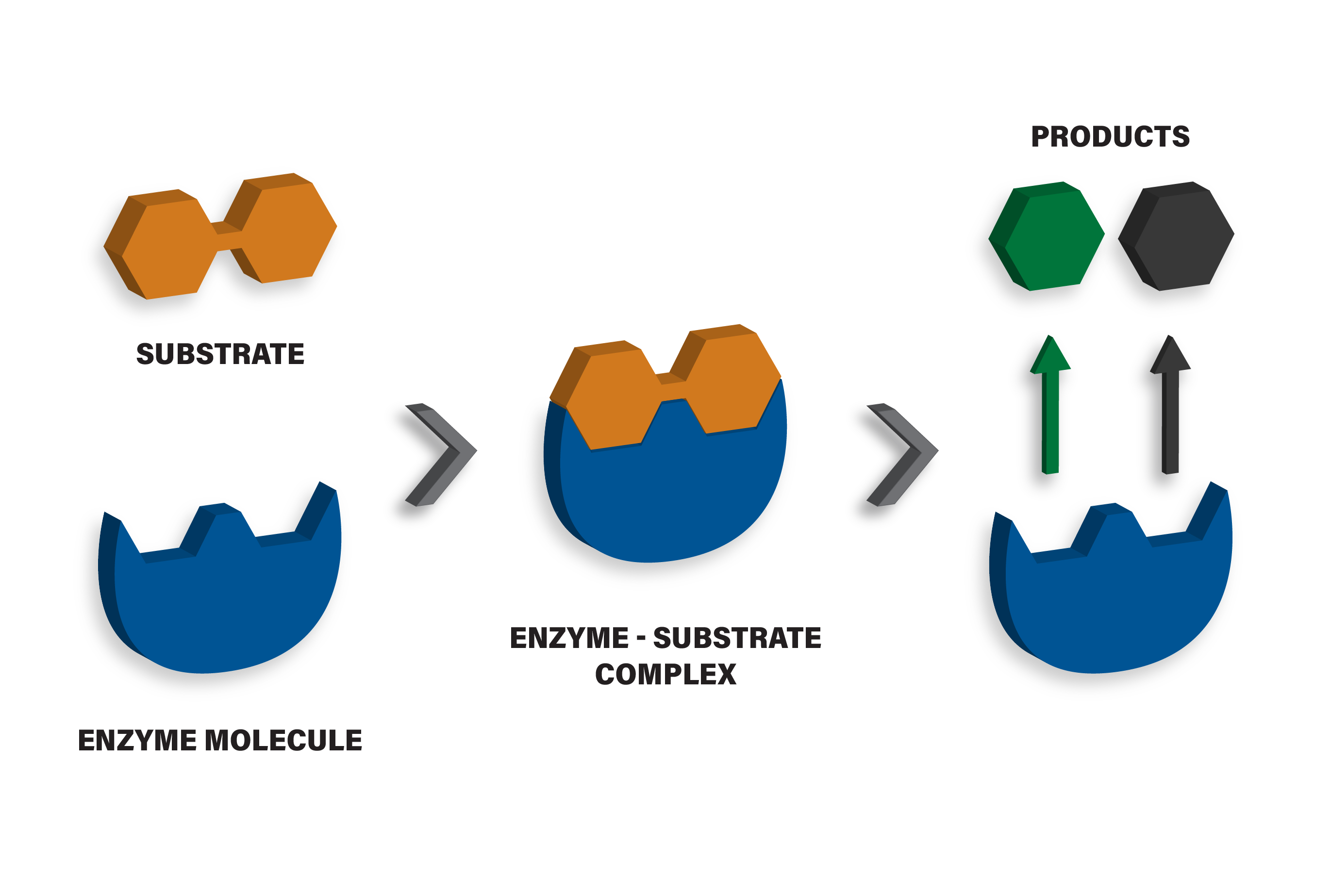 Proteins comprise an essential part of our diet and can also be generated inside every one of our cells. One class of proteins, called enzymes, are critical in every major biochemical process to catalyze, or accelerate, chemical reactions.

There are six main types of enzymes each with different reaction capabilities:

Digestive enzymes are classified as hydrolases and catalyze reactions by the addition of water to a macronutrient substrate to generate smaller bioactive molecules that are absorbed for cellular nutrition.

How does digestion work?

The digestive response to food ingestion is led by the stomach, intestine, and pancreas, with some help from the central nervous system.

The process begins with salivary glands in the mouth releasing amylase to initiate the digestion of carbohydrates. In the stomach, food digestion ramps up through acid-mediated hydrolysis and peristaltic contractions. The stomach accelerates protein digestion by the release of an endopeptidase enzyme called pepsin.

Partially digested food, now called chyme, passes into a long, tube-like organ called the small intestine. The inner part of this tube is called the lumen, whereas the wall of the tube contains distinct cells that specialize in mucin secretion, immune surveillance, or further digestion and absorption. A single cell layer called the epithelium separates the lumen from the intestinal wall.

The small intestine is composed of three parts: the duodenum, jejunum, and ileum, in that order. The uppermost and shortest component of the small intestine, the duodenum, specializes in digestion. It is here that bicarbonate is released to neutralize the acidic pH of chyme for optimal activity of digestive enzymes such as endopeptidases and amylase that are secreted by the pancreas. Additionally, bile salts from the liver help emulsify dietary fats to enable effective pancreatic lipase activity.

The duodenum’s “brush border”, or interface of the lumen and the epithelium, comprises additional enzymes that further break down macronutrients. Altogether, more than 20 digestive enzymes are produced across the salivary glands, stomach, pancreas, and small intestine.

The biochemical products of digestion include amino acids from proteins, fatty acids from fats, and monosaccharides from carbohydrates. These nutrients are now readily absorbed by the epithelium along the remaining length of the small intestine that includes the jejunum and ileum. Undigested or unabsorbed components of the chyme, such as certain plant fibers or excess nutrients, pass to the large intestine where they can be fermented and metabolized by gut microbes.

Why supplement with enzymes?

The human body has several ways to communicate an opportunity for better digestion. Common signs of insufficiently digested food and chyme include flatulence, bloating, occasional indigestion, and undigested food in the stool. Gas is the direct byproduct of bacterial fermentation of under-digested food or under-hydrolyzed chyme, leading to bloating and abdominal discomfort.

Supplemental enzymes may also be an approach to support digestive health in older adults, especially those with food intolerances. Advancing age is associated with greater digestive discomfort and distress, as well as decreased digestive enzyme activity. The release of pepsin—the chief protease in the stomach—has been shown to decline with advancing age. Several observational clinical studies have also suggested that pancreatic enzymes critical for digestion show decreased output or activity with older age.

There is also evidence for decreased bicarbonate secretion with age, which could decrease duodenal pH and pancreatic enzyme activity. In contrast to human and porcine enzymes, it is important to note that many microbial, fungal, and plant enzymes can digest macronutrients in both acidic and neutral pH environments. Such microbial enzymes are acid-resistant and can promote digestion across both the stomach and duodenum.

Learn About Our Services

The right enzyme or microbial for your precise application

Your partner in innovating new products

From basic research through development and tech support

Every product rigidly tested in our in-house lab

Let’s Develop Something Together

We use cookies on our website to give you the most relevant experience by remembering your preferences and repeat visits. By clicking “Accept All”, you consent to the use of ALL the cookies. However, you may visit "Cookie Settings" to provide a controlled consent.
Cookie SettingsAccept All
Manage consent

This website uses cookies to improve your experience while you navigate through the website. Out of these, the cookies that are categorized as necessary are stored on your browser as they are essential for the working of basic functionalities of the website. We also use third-party cookies that help us analyze and understand how you use this website. These cookies will be stored in your browser only with your consent. You also have the option to opt-out of these cookies. But opting out of some of these cookies may affect your browsing experience.
Necessary Always Enabled
Necessary cookies are absolutely essential for the website to function properly. This category only includes cookies that ensures basic functionalities and security features of the website. These cookies do not store any personal information.
Non-necessary
Any cookies that may not be particularly necessary for the website to function and is used specifically to collect user personal data via analytics, ads, other embedded contents are termed as non-necessary cookies. It is mandatory to procure user consent prior to running these cookies on your website.
SAVE & ACCEPT